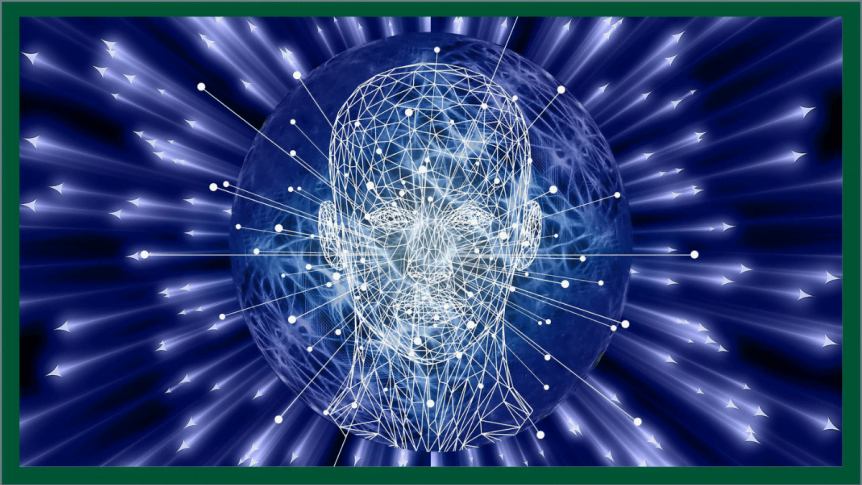 Body composition and the brain are intricately interconnected in a profound way, one that can alter communication enough to shake the foundation of well-being.  Signals from body to brain, and vice versa, work together to govern factors like appetite, healthy brain structure and function, and the spin and sway of hormones at work, elements that affect overall quality of life.  As new research emerges, the relationship between these two critical systems is demonstrated and deepened again.

The Brain Needs Sleep to Want to Eat

Research[1] has long demonstrated the link between short sleep duration and poor sleep quality and obesity.  New research out of the University of Bern reveals a fascinating link between REM (rapid eye movement) sleep and patterns of eating.  While much is known about which parts of the brain are operating during REM sleep (namely the lateral hypothalamus), it was unclear why so much activity occurs here.  The lateral hypothalamus has widespread and ubiquitous activity throughout the nervous system and is the site of production of the neuropeptide orexin, also called hypocretin.  This part of the brain and the biochemicals it produces has several vital implications for appetite, sleep regulation and pleasure seeking behaviors.[2]  Orexin neuropeptides also serve as the primary signaling neurochemicals critical for healthy cognition and normal eating patterns, like GABA, glucose and appetite-regulating peptide hormones leptin and ghrelin.  Dysfunction along this pathway or within the lateral hypothalamus could negatively affect attention, focus and sleep-wake cycles, leading to unhealthy behaviors like overeating and even addiction.  While we are awake, hypothalamic neurons are highly active, regulating our hunger and satiety.  Understandably, the awake brain has high levels of activity in these regions.  Researchers sought to fill the gap in knowledge as to the purpose of this activity while we are sleeping, in the deepest state of dreaming.  During this so-called ‘paradoxical sleep’, when the lateral hypothalamus is lit up with activity, is also the deepest state of REM sleep.  The activity of these nerves during REM sleep, and whether or not it was achieved, seems to have a profound effect on our eating (and other) behaviors while awake.

In the study, it was discovered that neuronal patterns of the lateral hypothalamus (LH), a distinct pattern of brain activity to signal eating, were observed to be the same during REM sleep.  This map of brain activity on the LH can be identified and is clearly different from non-feeding brain activity.  It was further discovered that by suppressing REM sleep using optogenetics, a technique using pulses of light targeted at hypothalamic nerves, the mice lost significant motivation to eat.  Not only did they show modified eating patterns, the amount of food they consumed was notably less.  This drastic effect on their normal eating rhythms, critical for long-term health and survival, lasted up to 4 days, which is evident of the plasticity and easily influenced nature of the hypothalamic nervous circuitry.  Silencing these neurons during waking hours had no effect on food intake.  The connection between neural activity during REM and eating behavior could shape future treatments for both physical and psychological anorexia, shift workers and other groups with poor sleep quality, like those up all night on their light emitting devices.  If a good night’s sleep is required for proper hunger and satiety signaling, it is no surprise that people experiencing poor sleep quality can feel so disconnected from mindful eating. Lack of appetite during the early part of the day can lead to skipping meals and poor food choices from blood sugar imbalances later on.  Prioritizing a good night’s sleep with full REM cycles is a novel but vital step in supporting healthy, connected eating habits.

Lack of Leptin Results in Loss of Adipose Embedded Neurons

As we learn more about how the brain influences body composition, the impact of hormones on the nerves surrounding the tissues they influence is revealed.  There is no question that the brain is in command, but the far reaching effects on the physical body reveal the complex dance of communication and regulation.  The brain reaches every inch of the body via the nervous system, a network of over 7 trillion neurons.  New research examines the role that the nerves embedded within adipose tissue play in regulating how much body fat is burned.  It seems that the presence of leptin, the hormone that regulates overall fat storage in terms of how much calories are consumed and burned, is vital for a complex neural network.  Healthy leptin production assures the brain that there is enough energy stored in adipose cells for normal and even high demand metabolic processes to occur.  Researchers expanded on previous findings that mice with leptin production disorders resulted in severe obesity and defects in temperature control and the ability to burn fat.  It has long been known that the absence of leptin causes the inability of the sympathetic nervous system to properly utilize adipose tissue, but it was not known what causes this abnormality. Researchers discovered that when mice had either mutations in their leptin genes or were leptin resistant, the result was a significant reduction in the number of sympathetic nerves in their fat tissue.[3]  The absence of nerves was found in both white and brown adipose tissue, regulated by agouti-related peptide and pro-opiomelanocortin neurons.  These nerves act via brain-derived neurotrophic factor-expressing neurons in the paraventricular nucleus of the hypothalamus (BDNFPVH).  When the genes that encode the leptin receptor were deleted, BDNFPVH ceases to properly function, resulting in the nerves becoming blunted to leptin’s effects.  The data from this study shows that the lack of leptin results in the loss of nervous structure within fat.  This shows that fat tissue tells the brain, via the spinal cord, how much communication it requires, exerting an indirect control on its own function.  The plasticity of sympathetic functioning within adipose tissue is regulated by leptin, displaying the importance of this vital hormone for energy homeostasis and thus, a healthy body composition.  Once the leptin deprived mice received supplemental leptin via injection, the innervations of their fat tissue returned to normal as did their ability to burn fat and use that fat for temperature control and general metabolism.  In people, high leptin production is a common characteristic in obesity, indicating the brain is numb to its effects, known as leptin resistance.  These new findings on the interaction of nerves in fat and its effects on obesity can lead to new therapies for weight loss that focus on nerve health and optimal function.  When the hormones interact properly with the nerves, the information received by the brain has better acuity, prompting the brain to dictate fat metabolism appropriately.  Body composition may be more controlled by the brain and nervous system than the old notion of “Calories in, Calories Out”.

In more news on how fat affects the brain, new research from the illustrious Dr. Daniel Amen found that being overweight has dramatic effects on how blood circulates within the brain.  Results of a brain imaging study[4]published in the Journal of Alzheimer’s Disease found that the higher one’s body weight is, the less blood flow to the brain and brain activity occurred.  A group of 17,721 people aged 18-94 with a mean age of 40.8 during both baseline and concentration scans were divided according to BMI classification as underweight, normal weight, overweight, obese, or morbidly obese.  Using SPECT imaging, 128 brain regions were analyzed using the automated anatomical labeling (AAL) atlas.  Especially in areas of the brain affected most by Alzheimer’s Disease, it was clear that the greater the body weight, the greater the amount of hypoperfusion.  In the hippocampus, the perfusion of those who are underweight was measured at 1320, while normal weight individuals were measured at 1240.  As average weights increased to obesity, blood flow was reduced to 1155 in overweight people, 1120 in the obese and less than 1090 in those who are morbidly obese.  The same tier-down decline was also observed in the areas of the brain that most impact mental health and cognition, the temporal lobes, parietal lobes, posterior cingulate, and precuneus.  The greatest predictor that a person will develop Alzheimer’s disease is brain imaging showing low cerebral blood flow.  Dr Amen recommends as a result of this study that taking measures to achieve a healthy body weight, like a nourishing diet and regular exercise, be implemented for a lifetime of overall brain health.

The impact of obesity on the brain and the complex interplay between the two is fascinating.  Knowing the importance of healthy sleep, hormone balance and other lifestyle factors like eating habits helps Nutrition Therapist Masters and allied health practitioners utilize the most current knowledge to create optimal recommendations for a lifetime of cognitive health.

Nicole Crane is a Functional nutritionist in private practice with a BS in Nutrition from Florida International University and a certification in Nutrition Therapy from NTI.  She currently lives in Central Vermont with her husband and children.  She loves farmers markets, spending time in nature, talking about vegetables and helping clients connect to the hows and whys of healthy eating.  Find out more at www.nicolecranenutrition.com

Image by ColiN00B is free for use by Pixabay

Image by geralt is free for use by Pixabay