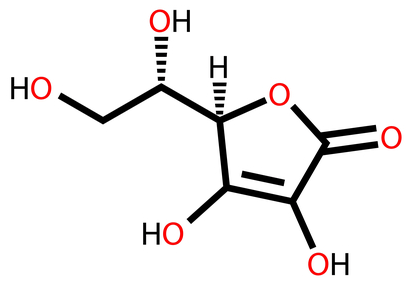 Did you know that most processed foods have synthetic (artificial) vitamins added to them? The majority of vitamin supplements found in the store are synthetic as well. By 1948, 13 vitamins had been discovered, and by 1972, all 13 of these vitamins were being synthesized.

The making of artificial vitamins takes a heavy toll on the environment, as most are made from petroleum extracts or coal tar derivatives. The manufacturing of most synthetic vitamins do not comply with U.S. pollution laws, which is why the vast majority are produced and shipped to us from factories in China and India.

Synthetic vitamins do not come from food, as it’s difficult to extract vitamins from natural resources. A synthetic vitamin is usually an isolated molecule, and is not exactly like the naturally-occurring molecule found in a whole food. When the molecule is isolated, it acts like a drug in the body.

There are antagonistic and synergistic actions between vitamins and minerals that we need to be aware of. There are also co-factors and transporters that work in harmony with vitamins, which are naturally available and balanced in whole foods.

Synthetic vitamin C (ascorbic acid) for instance, is not a complete vitamin, and only contains the antioxidant wrapper. It does not contain the rest of the vitamin C complex, which consists of bioflavonoids, rutin and other factors that help it do its job.

It is also important to note that the synthetic form of ascorbic acid is used as a food preservative because it kills bacteria. It however also kills beneficial bacteria. Here’s an interesting excerpt from an article in NaturalNews, which is quite shocking:

Mr. Meyer had been following a recipe to make a fermented apple drink. The recipe called for pure apple juice, so he bought a bottle of organic apple juice. After running some tests on his concoction, he found that the apple juice had killed the friendly microbes in it even though according to the ingredient label on the bottle there was nothing in the juice but organic apples.

He ran the process again to confirm that it wasn’t just a fluke, and sure enough, the microbes were destroyed once more. After calling the company he found out that they were indeed adding ascorbic acid to the juice as a preservative to kill off bacteria. Unfortunately, ascorbic acid doesn’t just kill harmful bacteria, but also kills beneficial bacteria. Ascorbic acid has the same effect in our bodies as it does in juice.

Ascorbic acid is synthesized from corn syrup. So, not only do we need to be concerned with its impact on intestinal flora, but also with its potentially disastrous GMO corn-based origins. These days, if you cannot verify that any corn-based food that you consume is certified organic, you risk ingesting GMO corn, the health risks of which are well-known by knowledgeable NaturalNews readers.

The synthetic form of folate (vitamin B9) is folic acid. Folic acid is 1.7 times more powerful than the naturally-occurring form. Because of wide spread deficiencies, the government has mandated that bread products, flour, corn grits, cornmeal, farina, rice, macaroni and noodles be fortified with 140 micrograms of folic acid per 100 grams of grain. If people are eating lots of grains and/or supplementing, it’s very easy to get too much folic acid. This becomes a real issue for people who have the MTHFR gene mutation, (which is around 50% of the population) as they have a difficult time and are often completely unable to metabolize folic acid.

Synthetic vitamin A causes liver disease and birth defects. In fact, women who are pregnant or trying to become pregnant shouldn’t take supplemental vitamin A. It’s also important to be aware that most dairy, coconut milk and almond milk that you buy in the store has synthetic vitamin A added to it.

And speaking of milk, the synthetic version of vitamin D (vitamin D2) that is used in most supplements and added to milks (including most coconut and almond milks) is said by the American Journal of Clinical Nutrition, to “not be regarded as a nutrient suitable for supplementation or fortification.”

Niacin (vitamin B3) is not toxic when eaten in natural foods. Yet, the synthetic form can cause toxicity. The side effect is known as the “Niacin Flush”.

When it comes to vitamin E, there are 8 compounds that work together, which are all found in food. Many synthetic versions however, focuses on just one compound, alpha-tocopherol. A study found that& synthetic vitamin E increases the risk of prostate cancer by 17%.

Brian Clement, Ph.D. of the Hippacrates Health Institute has this to say about synthetic supplements:

“we have seen the negative impact of synthetic supplements by viewing tens of thousands of blood samples with the assistance of a high-powered microscope. What we know is that the body perceives a synthetic supplement like it would perceive any other foreign chemical, as an invader and threat to its survival. As such, it responds by releasing immune-preserving cells such as leukocytes (white blood cells) to combat the enemy and preserve immunity.

Unfortunately, this extra activity detracts these cells from their most crucial role of eliminating microbes (viruses and bacteria), spirochetes (such as those that result in Lyme’s Disease), and mutagenic cells (such as those that can result in cancer). Consequently, when one introduces a large number of chemical invaders, such as synthetic vitamin supplements, there are fewer immune-preserving cells to combat more deleterious cell activity, resulting in a greater probability for disease.”

Nature has a way of balancing nutrients in food. If an apple has thousands of compounds in it, many of which have yet to be discovered, who are we to think that we can simply isolate a single molecule, manufacture it without the surrounding compounds, and think that there is a health benefit to that? We don’t even yet know how most of those natural chemicals play off of each other.